A little bit of the backstory, and then we’ll cut to the chase: When it started in 1978, the jean company Closed was called Ca, like the French word ça – as in, ce’st ça! – “that’s it!” Ca was literally ‘It’ before fashion even had Its (It bags, It girls, etc). And it was loved.

Then there was a lawsuit – nothing scandalous, just standard – and, well, c‘est ça for Ca. They changed the name and the case was closed and that’s how Closed, the German-born/Italian-bred jeans line founded by the mastermind of modern denim design François Girbaud, got its name.

The reason we’re talking about Closed today is because it just launched a style called the Skinny Pusher, one of the best skinnies we’ve seen in a long, long time. A remake of a jean called the Pedal Pusher, designed by Girbaud in 1981, the new Skinny is almost identical to its predecessor, the Pedal – it has similar X-pockets and curve-flattering yolks in the front and back, but it’s made of stretch denim and has a slimmer leg and lower rise. Here’s how they match up: 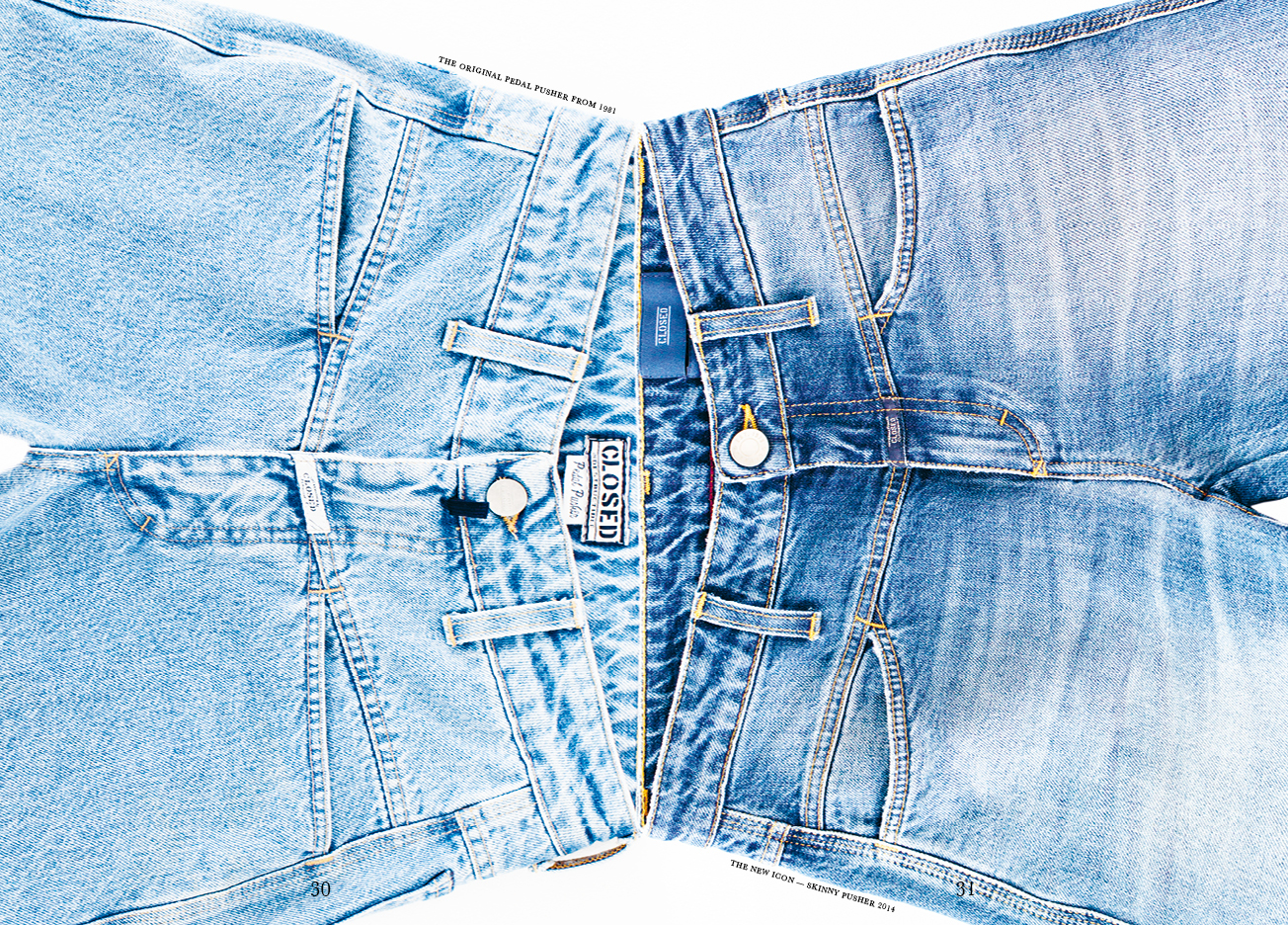 THEN AND NOW The Original Pedal Pusher from 1981 (left) v. today’s Skinny Pusher, which has a skinnier leg, lower rise, and revised x-pocket angling.

We recently had the pleasure of meeting Larissa Giers, who works closely with Closed’s new owners – her brother Gordon Giers, and Til Nadler and Hans Redlefsen – to talk about Pushers, past and present. “Girbaud was a bit of a revolutionary,” she told us in the garden at the Crosby Street Hotel in New York. “He was protesting the classic, American five-pocket, which was really the only jean that existed at the time. He completely reconstructed denims.” Larissa was wearing her own pair of Skinny Pushers with a white t-shirt and chic Newbark slides, reminding us of how beautiful and sexy the basics can be. “It gives you a really good shape,” she said of the jean’s high, hinged waistline. “You have to get used to it – it makes you sit up straight – but it’s a lot more feminine.” On that, and Larissa’s conviction that the Skinny Pusher can make anyone look and feel amazing, we totally agree.

To get Closed’s Skinny Pusher, shop below or go to Closed.com.