It’s very impressive that Camilla Engstrom spotted her Orange Tab Levi’s 501s at the store Weekday in Stockholm (she’s from Sweden) and snatched them up when she was only 16 years old – clearly, she has a good eye!. These are vintage and they cost $50, which felt like a lot of money to her at the time. But, oh, it was so worth it; she wears them so much. The day I visited her at home in Bushwick, she had them on with an old white button-up she’d hand embroidered, and a vintage kerchief tied around her neck. Other accessories featured: her uncle’s old cap he used to wear to punk shows in the 80s and a pair of men’s boots (Camilla’s a size ten; “sometimes it’s good to have big feet,” she says). It was a look, for sure. All hers, and creative – like she is.

I’d never met Camilla, but she’d popped up in my Instagram feed. Wearing some cool dark-denim jeans cut off at the ankle. And then a couple weeks later, there she was as I stood in my building’s lobby recycling junk mail, her beautiful face looking back at me from the Everlane catalog (not junk, obviously) alongside her friends Ana Kras, Caroline Ventura, and Daphne Javitch. Had to meet Camilla! When I did, she told me she had just left a freelance gig in J. Crew’s design department to start her own e-commerce site hus-hus.com. She does this in between working on her podcast with the artist Skyler Brickley called Off the Wall Talks; they interview artists. “Hus” means “house” in Swedish, and Camilla is selling decor: candles (scroll down to see them) and woven wall-pieces she makes herself. To come: artwork and furniture by her friends. It’s exciting! She’s got a lot going on – and some awesome Levi’s to wear along the way.

Describe your Levi’s in one word.

What do you need your jeans to be, always?

If your Levi’s could talk, what would they say about you?

I would like them to say that I’m active and creative.

What’s the most memorable place your Levi’s have been?

I rarely remember what I wear, but I’ve had them since I was 16 – so, hopefully plenty of cool places.

Bushwick. Because being born and raised in Sweden, I never imagined I’d end up living in New York.

Who besides you has worn these Levi’s?

I bought them used, but I’m sure some awesome person wore them before me because I feel good in them. 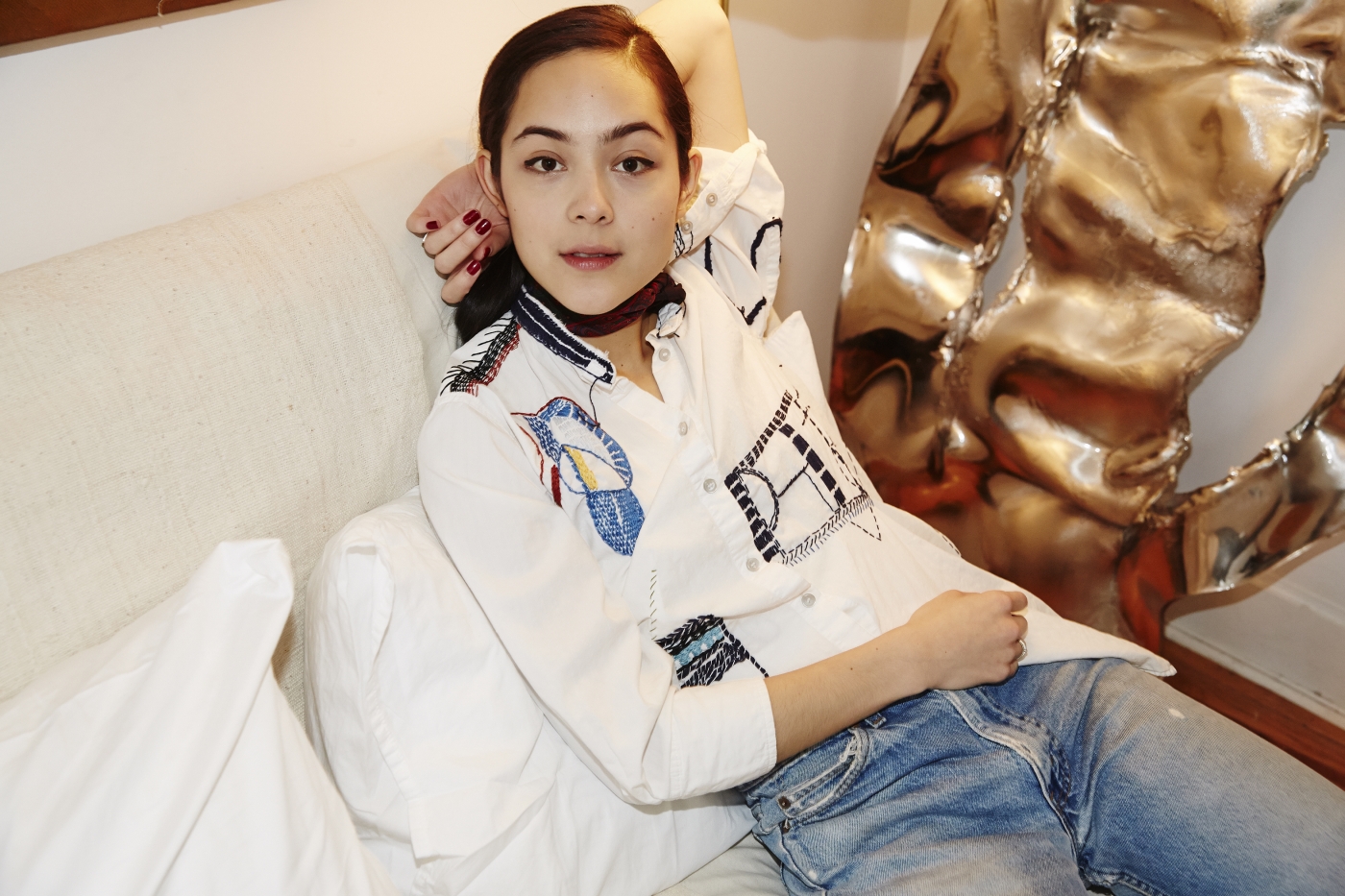 Was there ever a pair that got away?

Not that I can remember.

Was there a pair you should have broken up with sooner?

I’m sure there have been plenty of them, but I live by the rule ‘no regrets.’

Do you own a pair that only you could love?

I’d like to think that if you love me, you also love my jeans.

What are your Top Three jeans of all time?

I love these 501s that I bought when I was 16. They were $50 vintage – which was insanely expensive to me – but I loved them so much that I couldn’t resist. I try not to get attached to things, but these jeans help me feel free, which means I can move around without worrying about ruining them. And they’re loose enough so I can breathe. It’s the only pair that matters, because I like the wash. They’re vintage, they’re a little loose, and they’re durable. I guess it’s only been one pair so far.

What are the first jeans you ever had, or remember having, if different from any you listed above.

My first were probably a pair of Cheap Mondays. The only reason I bought them was because they were trendy and affordable. I remember I was going to hang out with a guy I was in love with and wanted to look my best. I didn’t understand sizing when I bought them, and they were way too tight. I probably wore them once before I gave them away.

Is there a pair you still own from a previous life?

My 501s. I bought them when I was still a teen living with my dad in Stockholm.

How many pairs of jeans do you need to feel satisfied and like you have enough?

Two. One pair that I wear mostly for comfort and another pair mostly for style. Since my style changes the second pair changes every once in a while.

What do you love most about the ones you wore for our shoot?

I love them because they’re a little loose in the fit and the denim is pretty heavy so that I can move through the day without worrying about what I’m wearing. If I put something on and immediately think, ‘I hope I don’t ruin these,’ I take it off and wear something different. I love clothes, but I don’t like to think about them for more then 10 minutes a day, and I especially don’t like to think about them as I’m wearing them.

What do your jeans reveal about the way that you live on a daily basis?

I hope they reveal that I live a pretty active life. Both knees are ripped from moving around so much. I don’t like that they’re ripped though. It gets cold in the winter, and it hurts when I’m working on my knees. I need to patch them. 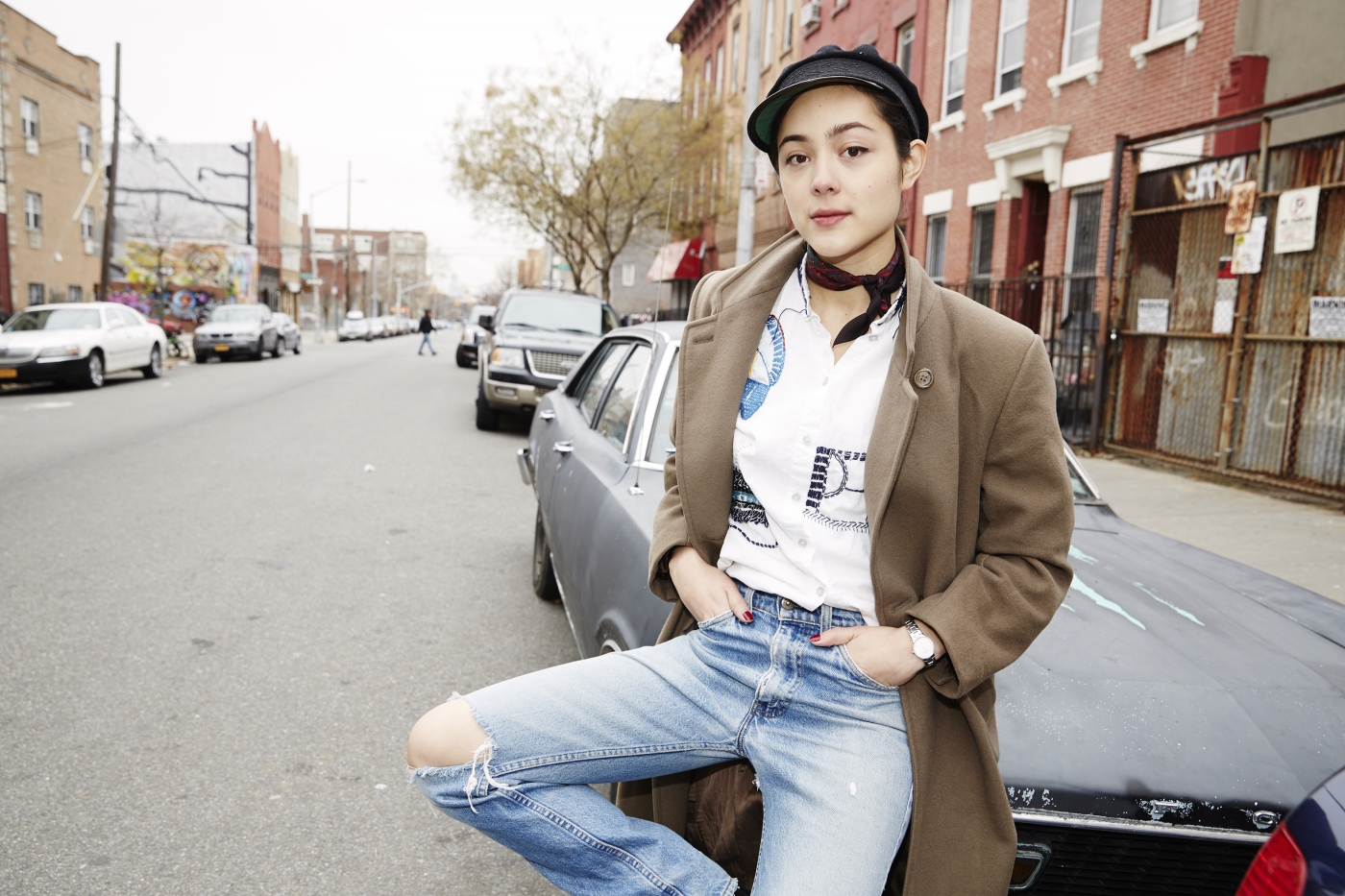 Is there something you do only in your jeans?

When I’m in Rhode Island working with my guy Matt in his wood shop, I wear only my jeans. They get dusty and dirty and I love that.

On what occasion will only a pair of jeans do?

When you want to be active and look good at the same time.

Where do you buy your jeans?

If you had to replace all of your jeans with something else – what would it be? 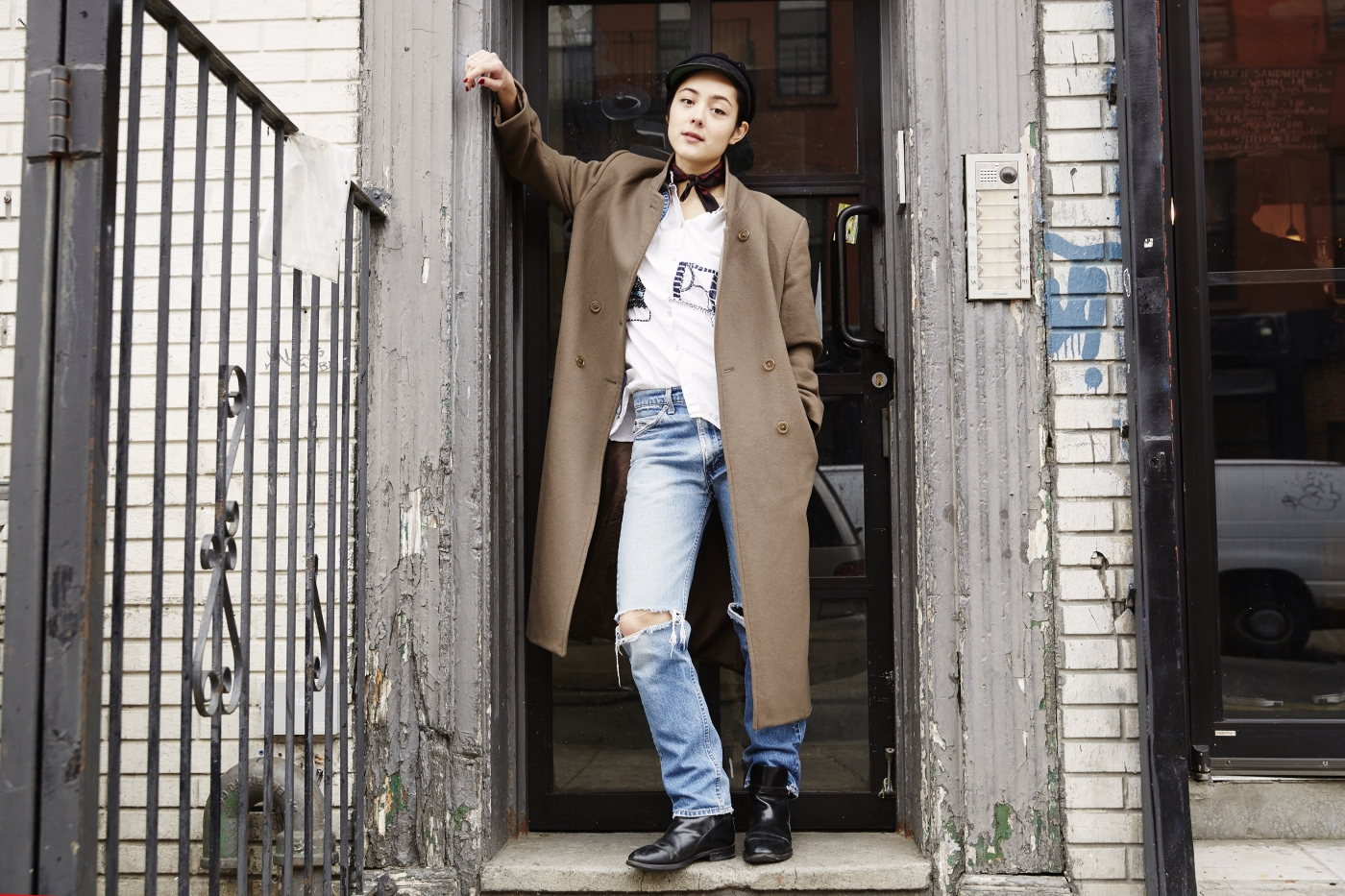 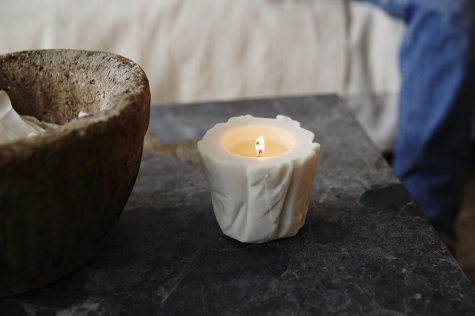